Recently our nation's leaders voted on a bill that would have allowed abortion up to birth for any reason. It would also have enforced taxpayer-funded abortion and removed any state's ability to limit abortion in any way. Thankfully, the bill failed, but not by much. A similar bill passed in the House last year, and this bill lost in the Senate by a small margin of 51-49.

People want to disregard life in the womb because they feel distressed over parenting. Yet, in Isaiah 45:10, God says that those who question what is in the womb; (and therefore if a father is actually a father at that time), those doubts and questions themselves cause distress and trouble.

We see it over and over at the PRC. People try to talk themselves into believing that life in the womb isn't human life, or if it is, it isn’t valuable life, and they feel distressed. They feel troubled. Yet, once people accept the humanity of their child, they begin to celebrate and look forward to birth – even if the circumstances of conception weren’t perfect.

Sadly, since the Supreme Court leak, we've heard many arguments for abortion from people here in the Parkland. I try not to rehash common knowledge, but after seeing so many discussion threads for and against abortion, I've realized that some things are worth repeating.

So in light of the possibility of an overturned Roe and a push from the other side trying to make abortion legal in all circumstances; here are some of the common debate questions and answers:

A: No. Rather than the gatekeeper of abortion, Roe is the gatekeeper to the state's power. This means that no state can make abortion illegal as long as Roe stands. However, if the Court overturns Roe, Missouri can enact its abortion trigger ban, making abortion illegal in the state. For states wanting legal abortions, overturning Roe does nothing to protect life in the womb. For example, Illinois has zero restrictions on abortion through all nine months of pregnancy; Roe or no Roe won't change that.

A: Our hearts go out to those who are surprised by pregnancy. Pregnancy does indeed cause a great and lasting impact on a woman’s overall body. Yet the issue of autonomy is different for pregnancy than for other bodily autonomy matters such as blood or organ donation or even sex. Stephanie Gray Conners pointed out that rather than being necessary for the life of the woman, the uterus is explicitly designed for use by another person: the baby. Therefore, a baby forming in the womb (which is designed to house and feed the baby) is not the same as a parasite living in another part of the body, stealing nutrients that are solely intended for the woman’s body to function. By nature of its sole/primary function, the issue of autonomy over the use of the uterus between a mother and baby is canceled out.

3. Q: Doesn’t the end of Roe mean that we don’t need to do pro-life work anymore?

A: The end of Roe does not mean the end of pro-life work. Living so close to Illinois, many people already cross the state line for an abortion. That will not change if Roe is overturned. Instead of feeling trapped into abortion, people still need the opportunity to hear about other options and opportunities available to help them and their babies.

4. Q: Aren’t pro-life people just pro-birth? They don’t care about women, do they?

A: No. Pro-life people care about born people, too. As arguments amp up over abortion, a common accusation is that pro-life people never help women after they give birth. From Pregnancy Help Centers to church food pantries, clothing stores, housing funds, and individual charitable gifts, religious people (a majority of pro-life people identify as religious) are the most giving in our country. https://www.philanthropyroundtable.org/resource/statistics-on-u-s-generosity/

A: Abortion has not delivered on its promises from the 1970s. When the Supreme Court decided Roe in 1973, supporters claimed that abortion would reduce the number of children in foster care and the number of children born into single-parent homes. Now, more children than ever are in foster care (https://www.ifoster.org/blogs/6-quick-statistics-on-the-current-state-of-foster-care/),

and the U.S. leads the world in the number of children living in single-parent homes. (https://www.pewresearch.org/fact-tank/2019/12/12/u-s-children-more-likely-than-children-in-other-countries-to-live-with-just-one-parent/)

Far from increasing the love and value of born children, the trend over the past 50 years has been to devalue the worth of children and the importance of loving relationships and stable homes for a child's care.

6. Q: Don’t Christians view people in a hierarchy of worth, with men the most valuable?

A: The Bible sets a high standard for valuing human life. While other nations treated women as property, God’s words tell men to “love their wives as Christ loves the church and gave himself up for her,” Ephesians 5:25. Men laying aside their own desires for the benefit of their family was unheard of in that time. Additionally, Jesus told his followers, “Let the little children come to me, and do not hinder them for the kingdom of heaven belongs to such as these,” Matthew 19:14. Other nations viewed children as a hindrance or even sacrificed them to idols. Yet Jesus welcomed opportunities to interact with children demonstrating the importance of children both in daily life and eternally. Sadly, as our culture moves further away from a Biblical worldview of human worth, we also move further away from treating each other with value and respect.

If the Supreme Court overturns Roe, states have the opportunity to end abortion. But until people's hearts soften toward children, family, and God's design for life, this issue will continue to be a struggle for our nation. Like John the Baptist in Luke 1:17, the church is still called "to turn the hearts of the fathers to the children". 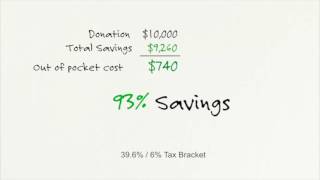